This page presents some of the progress we are making in the Culture and Cognition Laboratory.

Congratulations to Nigel Mantou Lou for successfully defending his dissertation!

Congratulations to Hajin Lee for successfully defending her dissertation!

We are very happy to have Dr. Steven Heine visit and give our psychology department a talk about essentialism and potential cultural variations in ideology. 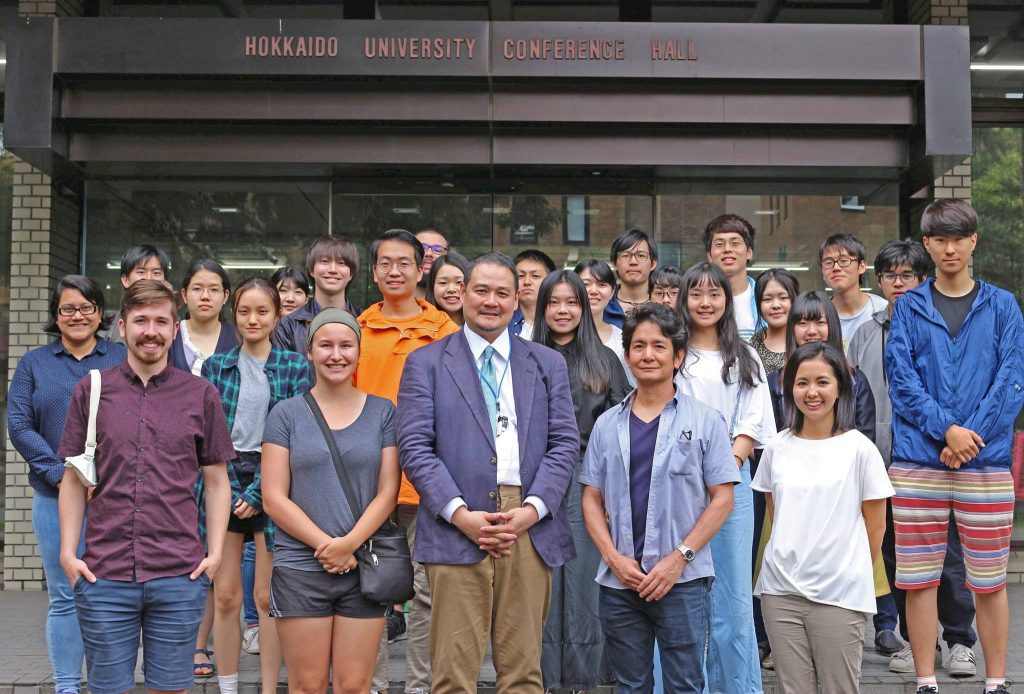 Emily Wu has been accepted as an English teacher in the Jet Program. She will be spending the next 2-3 years in Japan. Congratulations Emily!

Liman Li’s paper has been accepted by the Journal of Cross-Cultural Psychology. The title is: “Culture and decision making: Influence of analytic versus holistic thinking style on resource allocation in a fort game.”

Congratulations to Emily for being invited to interview for the Jet Program!

Congratulations to Denise for the successful completion of her Psychology Internship poster presentation!

The Culture and Cognition Lab weekly meetings will start on September 8th!

Congratulation to Dr. Liman Li for acquiring the positon of assistant professor at the Department of Psychology, the Education University of Hong Kong!

Congratulations to Dr. Masuda and the rest of the Culture & Cognition Lab team on receiving the Social Sciences and Humanities Research Council of Canada, Standard Research Grant (169,236 CAD)!!

Congratulations to our lab coordinator Amy in getting a position in Edmonton Public School!

Congratulations to Dr. Masuda for his publication!

Congratulations to our Graduate student Hajin Lee for her publication!

Taka posted his poster for his JCCP presentation outside our lab!

New semester started, there are 15 students in our lab currently!

Amy joined the lab as a lab manager.

Taka enjoyed camping and seeing Northern Light with his family!

Taka travelled to Japan and taught a course in Hokaido University Summer Institution!

The final draft of Taka’s book chapter for The SAGE Encyclopedia of Theory in Psychology was accepted, and his paper on patterns of attention was accepted to JCCP!

Masuda, T., Ishii, K., & Kimura, J. (in press). When does the culturally dominant mode of attention appear or disappear? Comparing patterns of eye movement during the visual flicker task between European Canadians and Japanese. Journal of Cross Cultural Psychology.

Taka also recieved a bridging grant from the U of A.

In other news, the Winter semester has ended, wrapping up another very productive year for us! We are very much looking forward to the summer.

The Winter semester has begun and two of our papers got accepted!

Senzaki, S., Masuda, T., Takada, A., & Okada, H. (in press). The communication of culturally dominant modes of attention from parents to children: A comparison of Canadian and Japanese parent-child conversations during a joint scene description task. PLoSOne.

Taka was awarded the ISSS award for Excellence in Teaching at their annual Instructor Appreciation Night!

Taka and Matt are both going to Japan for data collection.

We had our last lab meeting for the semester and are ready for a break.

Dr. Yohsuke Otsubo from Kobe University has come to give an evolutionary psychology talk entitled Punishers Manage Their Impression by Themselves: Intention Signaling Strategy in Indirect Reciprocity.

The Fall semester has started, and we have seven new students!

Dr. Yuri Miyamoto from the University of Wisconsin has come to visit us and give a talk entitled Culture and Hierarchy: Social and Cognitive Correlates of Hierarchy in East and West.

Dr. Liman Li has been hired at Sun Yat-sen University in China.

Taka’s entry for the Encyclopedia of the Theory of Psychology was accepted.

One of our students has won an award! Congratulations Shez on receiving the Peter Lougheed Scholarship.

The Winter semester has begun!

The Fall semester starts this month, and we’d like to welcome all of our new lab members!

Sawa’s paper has been published and is now available as a hard copy in Cognitive Science. (Senzaki, S., Masuda, T., & Ishii, K. (2014). Cultural variation in attention: The critical role of task engagement on patterns of eye movements. Cognitive Science, 38, 1493-1506).

Dr. Takahiko Masuda and his collaborators Dr. Keiko Ishii and Dr. Yosuke Ohtsubo have received a research grant from the Japanese Ministry of Education for understanding the genetic bases of cultural variation within the disciplines of social psychology, neuroscience, and endocrinology.

Taka organized a symposium at the annual meeting of the Japanese Soceity of Social Psychology (July 26-27, Sapporo, Japan)

Taka organized a symposium at the conference of the International Association of Cross-Cultural Psychology (July 16-19, Reims, France)

Matt, Liman, and Kristina presented their data at SPSP conference.