Taka Masuda, the team leader of our lab, has been trained as a cultural psychologist at Cultural Psychology Lab at Kyoto University , Japan (1994-1997), and at the Culture and Cognition Program at University of Michigan (1997-2003). He then spent two years as a postodoctoral fellow at Hokkaido University to further extend his research program (2003-2005). Since Taka’s arrival to the area of Social and Cultural Psychology at Department of Psychology, University of Alberta in 2005, he shortly formed a research group to investigate cultural similarity and difference in human psychology in collaoration with a graduate student and an Honor’s student. This research group was the foundation of our Culture and Cognition Lab. They had only four research cubicles at Biological Sciences Building across Taka’s office. 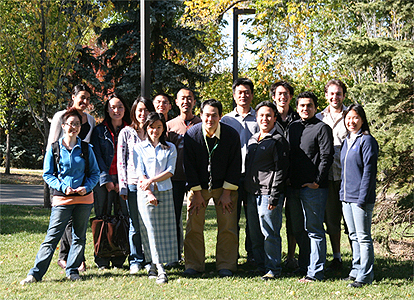 After hardworks for several years, we moved to a larger lab room (P123, Biological Sciences Building) furnished with a meeting room, six experiement cubicles, and an eye-tracking room. Here, we officially name our group “Culture and Cognition Lab” for showing our strong motivation to conduct high-quality research, and to catch up with “Culture and Cognition Lab” led by Professor Richard Nisbett at University of Michigan. U of A students as well as students inside and outside of Canada shortly recognized the existence of our lab. We therefore could increase the numbers of graduate students, undergraduate students, and research assistants. During this period, we formed cross-cultural collaboration with scholars at Hokkaido University and Kobe University, where we furnished the eye-tracking devices same as the one we have at Biological Sciences Building. Three graduate students successfully defended their dissertations, and become Psychology doctors.

Taka took the first sabbatical for a year from Fall 2012 to Summer 2013. He went back to his Alma matters both in the US (University of Michigan. USA ) and Japan (Kyoto University, Japan), where he enjoyed reforming collaborative relationships with his former advisers, new scholars, and new students. He also established new international collaborations with Japanese scholars to further extend his research project to the area of developmental psychology. Some graduate students visited Kyoto University, attending to the Kyoto-Alberta Cultural Psychology Research Seminar. 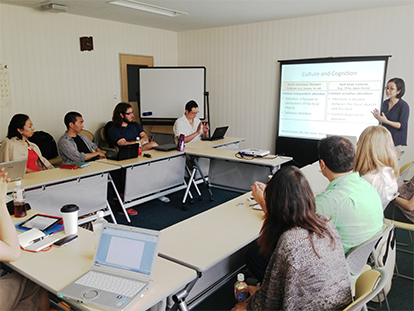 Now, Taka is back to Edmonton, and restarted the second wave of Culture and Cognition Lab endeavor. Three graduate students, a lab manager, and many research assistants are ready to work on many projects!!

We belong to the Area of Social and Cultural Psychology at Department of Psychology, University of Alberta. All members in the SCP area are very much interested in investigating the issues of culture and ethnicity. The SCP organizes a by-weekly brown bag seminar where we exchange and update findings from other laboratories. Students are also encouraged to collaborate with, and take classes taught by the SCP scholars 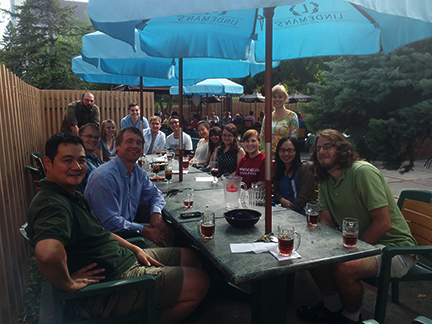 U of A Psychology

Our department is one of the most active research organizations in Canada. In addition to the SCP area, we have strong programs for animal studies, cognitive sciences, neurosciences, and developmental sciences. Students at Culture and Cognition lab are encouraged to interact with them so as to broaden their research perspective.