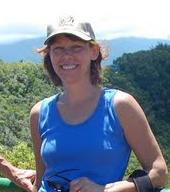 I am a member of the Comparative Cognition and Behaviour research group and the Biocognition Unit. My research investigates basic cognitive processes that are important for adaptive functioning in humans and other animals, such as navigation, decision-making, and object recognition. Much of my research is with pigeons, but I also investigates cognitive processes in organisms ranging from ants to humans.

I was previously president of the Comparative Cognition Society.