As part of the theme, the Next Generation, the local organizing committee is seeking nominations for two early career scholars to deliver 30-minutes lectures with no parallel sessions running. These lectures are meant to showcase potential future directions for the study of bilingualism and so should include multiple studies and/or multiple analyses/approaches.

These early career scholars should be within 5 years of having obtained their PhD as of the deadline for nomination (see date below). They should be doing innovative, cutting-edge research and should show evidence of being an engaging and coherent speaker.

The early career scholars nominated for these lectures will receive an honorarium, economy airfare, and registration at ISB12. 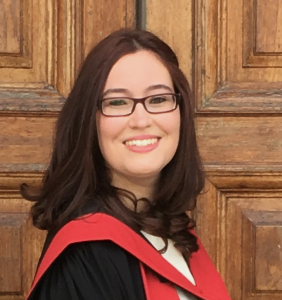 To switch or not to switch: The cognitive mechanisms involved in voluntary language switching

One of the remarkable characteristics of bilinguals is the ability to seemingly effortlessly use two languages and switch between them. Sometimes, this switching is imposed by the circumstances (e.g., the presence of certain interlocutors). This type of language switching has frequently been studied in laboratory studies by asking bilinguals to name pictures or digits in response to a cue, thus instructing the bilingual which language to use and when to switch.

These studies typically show that using two languages is more effortful than using one language. In daily life, however, language switching can also take place freely, for instance when two bilinguals speak the same two languages. In this talk, I will discuss the cognitive mechanisms underlying voluntary language mixing and switching in Spanish-Basque bilinguals living in a bilingual society. First, I will address how bilinguals decide which language to use and when they switch. I will present evidence from two studies showing that language choice can be very individual and that it is related to individual preferences and lexical access, but can also be primed by linguistic and non-linguistic cues. Second, I will discuss several studies showing that while using two languages in response to a cue may be effortful, voluntarily using two languages can be less effortful and more efficient than having to use one language. The switching context also affects how bilinguals of different ages (e.g., children and older adults) control their languages. Together, these studies show that the cognitive mechanisms underlying language control and switching depend on the context in which bilinguals are using their languages. 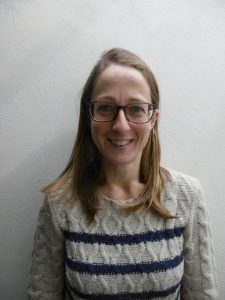 The next generation of minority language bilinguals

Most of the 58,000 speakers of Scottish Gaelic live in the north-west Scottish Highlands and Islands. Recent revitalisation measures have also led to important populations in urban central Scotland where Gaelic is not traditionally spoken as a community language.

Study 1 investigates the language use of teenagers in immersion education in Glasgow. Analysis of laterals, vowels and intonation indicates that young people are speaking a distinctly Glaswegian variety of Gaelic. I discuss these results with respect to the potential development of new varieties in non-traditional settings.

Study 2 considers fluent adult L2 speakers of Gaelic in central Scotland. Through analysis of their rhotics as well as motivation I demonstrate that in the ideologically-charged setting of language revitalisation, production can align with explicit aims for pronunciation. These results are discussed in terms of creating appropriate language models for revitalisation.

Study 3 examines laterals and stops in children who attend immersion schooling in a traditional Gaelic-speaking community. Results suggest that there are few differences between simultaneous and sequential bilinguals in the sample and are discussed in terms of the creation of peer-group varieties in immersion schooling.

Taken together, these studies suggest new and innovative ways of speaking can emerge from bilingual speakers participating in revitalisation programmes. My final discussion includes the implications of these processes for policy and planning. I explore which forms of language should be promoted as authentic in the bilingual future of language revitalisation.

Thank you all for an #ISB12 filled with exciting #bilingualism research and engaging social exchanges. It was a pleasure hosting you in Edmonton. We look forward to seeing you at #ISB13 in Warsaw! #ISB12YEG #nextgeneration

One last travel song to wish our international visitors a safe journey back home! #ISB12

The Warrior Women with traditional Cree drumming and songs at the #ISB12 closing ceremony. Thanks to everyone for joining us!

Don’t forget to join us in the CCIS Lounge at 3:20 for the closing ceremony! #ISB12